This is a very cool version of “Desolation Row” from Dylan’s 1966 World Tour.

This recording really is from Dylan’s May 27, 1966 show at the Royal Albert Hall in London. At 13 and a half minutes in length, it’s slightly longer than the 11 and a half minute version played at Free Trade Hall in Manchester 10 days earlier, and the sound quality is good.

Plus a good one from the previous year: 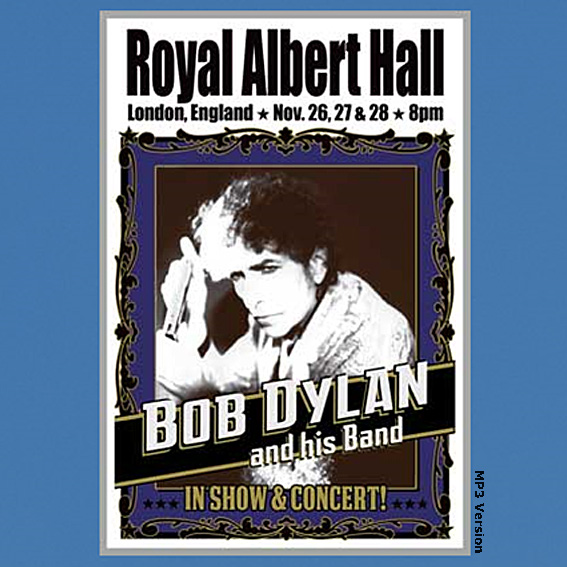 Another video clip has surfaced. This time it’s Dylan doing “All Along the Watchtower,” on November 28, 2013, the final night of his three-night run at the Royal Albert Hall. Two clips from Bob Dylan’s performance at the Royal Albert Hall in London, November 26, 2013. This is not the greatest video or audio, but it gives you an idea of what it was like. “All ALong the Watchtower” sounds pretty great.

“All Along the Watchtower”:

Here’s a portion of “High Water (For Charley Patton)”:

Here are a few reviews:

John Fogerty talks about why he’s playing the entire Creedence album Cosmo’s Factory, in an interview with the Washington Post that ran today.

“Well, it was actually an idea my wife said to me one day. . . ,” Fogerty said in the interview. “I went: ‘Gee, I don’t know, honey. Why would anybody want to do that?’ But the more I thought about it, what it did was it kind of placed you in that era. And it made you remember a lot of stuff that was around the album. I’m a fan, I buy albums, too. I sure remember sitting with Elvis’s first album, I don’t know how many thousands of times. Or Buddy Holly and the Crickets’ first album. And you sit there and you’re listening. You’re just in that place because it was so magical. And somehow that stays in you. That little chapter gets tucked away in your brain even though you live another 40 years. But somehow going and doing that, listening to the whole record puts you right back in that place you were all those years ago when you did it that way. . . . It’s a pretty fascinating phenomenon really.”

Talking about his role in Creedence, Fogerty said, ” I was a very strong leader, and I had a mountain, a whole roomful of musical ideas. So I was sort of an unstoppable force. Basically the hardest part was just getting the band up to speed musically so they could record and accomplish these songs. And also just to be in sync and on the same page, wanting to do it. As the success and time went on and got greater there was more and more dissension within the band. You mention how other bands are. What happens then is you spend half your time in the political realm, meaning, well, ‘I don’t know if I want to do that song.’ Or, ‘I want to come up with my own song.’

“That takes time,” Fogerty continued. “There’s a lot of time being consumed in bands where everybody’s having their say, then you have a meeting, you take a vote — you see what I’m getting at. But basically, Cosmo’s Factory was really the very end of me being very strong and very pure and very clear in my direction. And after that . . . the fine running machine was starting to get a little wobbly. Democracy’s a wonderful thing. But as we all know in America, it’s really hard to manage.”

Check out Creedence live at the Royal Albert Hall, 1970: