Tina Turner’s next album will feature one of the most celebrated hard rock bands — Led Zeppelin, according to The Arts Desk.

Jimmy Page, Robert Plant, John Paul Jones, and Jason Bonham, son of the late Zep drummer John Bonham, back Turner on the album, a collection of blues and folk standards that also includes one new song.

Songs thus far revealed include an original duet between Turner and Plant entitled “Saltflower”, alongside versions of the Nineteenth century negro spiritual “Wade in the Water”, the folk song ‘Jack O’Diamonds”, covered by everyone from Blind Lemon Jefferson to Nick Cave, and Etta James’ “Something’s Got A Hold On Me”. theartsdesk were permitted only to hear a two minute segment of “Wade in the Water”. Based very much on Big Mama Thornton’s very secular 1968 blues-rock version, Robert Plant is absent but Turner’s raw, almost hoarse vocals, ride a scorching distorted Page riff that will satisfy Zep fans.

Turner hasn’t released an album since 2000. She met JimmyPage at a party in the south of France while on honeymoon last summer after marrying German music executive Erwin Bach, her partner of 27 years, according to The Arts Desk. Page suggested bringing his mobile recording studio to the couple’s lakeside home in Küsnacht, Switzerland. The album was recorded last November.

As you may know, Jimmy Page has been working on sonically improved and expanded versions of all the Led Zeppelin albums.

Those albums will include alternate takes and other material, in addition to remastered versions of the original songs.

Meanwhile you can listen to this motherfucker off the first album: 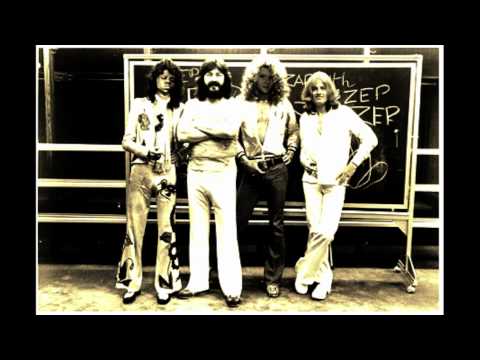 On Friday Rolling Stone posted about “Ramblize,” a mashup of Zed Zeppelin’s “Ramble On” and Notorious B.I.G.’s “Hypnotize,” which Jimmy Page featured on his members-only website, jimmypage.com that same day.

A bunch of other music sites have been posting about the mashup too.

Only it turns out “Ramblize” is old news. Very old news.

Then again, I guess it’s news that Page himself digs the track enough to have featured it on his website.

Jimmy Page says there are Led Zeppelin recordings the public has never heard before, but next year we’ll get to hear them.

In an interview tonight (November 14, 2013) with TeamRock Radio’s Nicky Horne at the Classic Rock Roll Of Honour at London’s Roundhouse, Page explained that he’s remastered all of Zep’s studio recordings, and each album will be rereleased next year with a second disc of previously unheard material.

Each of the albums has been remastered but it also has a companion disc with it. Let’s take, for example, “Led Zeppelin III” — that’s remastered from analog from the original thing. I know everybody does that, but what they don’t do… I revisited all the working mixes that were done at the time. There’s different versions. Say, for example, there’s “Since I’ve Been Loving You” — there’s an incredible version of that which is totally different, it’s really raw in its approach, it’s quite dramatic, it’s cool. That’s one little item of it, but what it gives is a companion disc to “Led Zeppelin III.” It’ll come out in its own box and all the rest of it. Each disc will give a really intimate picture of the group. That’s the idea that I’ve had with it and I think it’s successful.

Listen to the Jimmy Page interview:

Robert Plant says he recently discovered old Led Zeppelin tapes that include unreleased music, some of which could show up on remastered versions of the group’s albums, which Jimmy Page has been working on for some time. There is currently no release date set for the remasters.

“I found some quarter-inch spools recently,” Plant told BBC 6Music’s Mark Radcliffe and Stuart Maconie. “I had a meeting with Jimmy and we baked ’em up and listened to ’em. And there’s some very, very interesting bits and pieces that probably will turn up on these things [the remastered albums].”

Plant said bassist John Paul Jones sang on some of the tracks and joked that Jones has bribed him not to release them.

“So far, he’s going to give me two cars and a greenhouse not to get ’em on the album,” Plant said.

No new music to hear yet, but if you need a Zep fix: