The Byrds —David Crosby, Chris Hillman and Roger McGuinn — reunited at a 1990 tribute to Roy Orbison and were joined by Bob Dylan for this performance of “Mr. Tambourine Man,” a song that was a folk-rock hit for The Byrds. This album, Hard Rain – A Tribute to Bob Dylan – Vol.1, has some great covers.

Uncut magazine released it May, 2002.

A year after Roy Orbison died, in February 1990, an all-star tribute concert was held for him at the Universal Ampitheater in Los Angeles.

The Byrds reunited for the show and performed “Mr. Tambourine Man” with Bob Dylan.

It’s interesting to watch the interaction between Dylan and Roger McGuinn, who pushes Dylan to sing lead, finally joining him at the microphone to get him to sing more.

A Jackson Browne tribute album, Looking Into You: A Tribute to Jackson Browne, is coming in 2014, and here’s a preview. Lyle Lovett performing “Rosie.”

There’s a good overview of Parmegiani over at Spin.

Check out his music now:

In today’s New York Times, book critic Michiko Kakutani offers a beautiful tribute to Lou Reed. It is fitting that Lou Reed, the New York outsider who documented the outsiders of New York, should now be celebrated in the ultimate New York establishment media, the New York Times.

About the New York that Reed wrote and sang about in song for close to 50 years, Kakutani writes, it was “as distinctive as Chandler’s Los Angeles or Baudelaire’s Paris.”

Mr. Reed was a pioneer on rock’s frontier with the avant-garde, translating lessons he learned at Andy Warhol’s Factory, and the disruptive innovations of the Beat writers — Allen Ginsberg, William S. Burroughs and Hubert Selby Jr. (“Last Exit to Brooklyn”) — to the realm of popular music. He not only embraced their adversarial stance toward society and transgressive subject matter (in songs like “Street Hassle” and “Heroin”) but also developed his own version of their raw, vernacular language, while adding a physical third dimension with guitars and drums. His early songs for the Velvet Underground — delivered in his intimate, conversational sing-speak — still sound so astonishingly inventive and new that it’s hard to remember they were written nearly half a century ago.

If Mr. Reed provided a literary bridge to the Beats (and through them, back to the Modernists, and the French “decadents” Rimbaud and Verlaine, and even Poe, the subject of his 2003 project “The Raven”), he also created a bridge forward to punk and to glam, indie, new wave and noise rock. He would become a formative influence on musicians like Talking Heads, Patti Smith, Roxy Music, R.E.M., the Sex Pistols, Sonic Youth, the Strokes, Pixies, and Antony and the Johnsons. As his friend the artist Clifford Ross observed, “Lou was the great transmitter” — of ideas, language and innovation.

Read the whole essay at the New York Times. 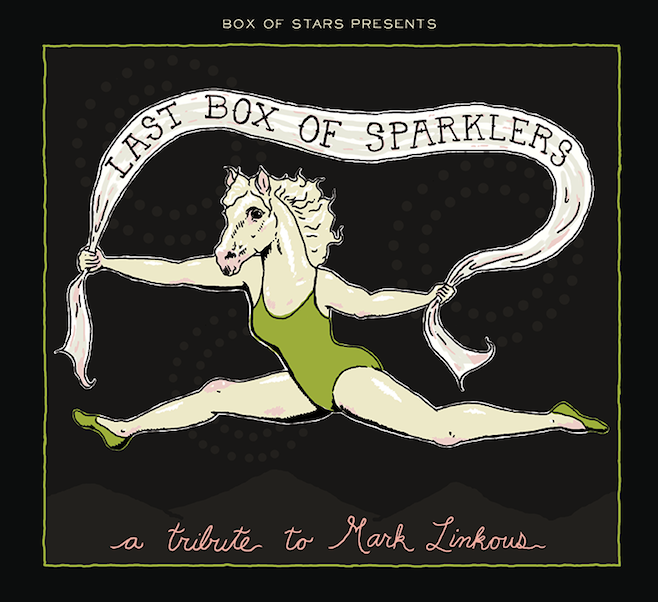 The new issue of Rolling Stone pays tribute to Lou Reed. Laurie Anderson, Lou’s companion for the past 21 years, and wife for five of those years, reflects on Lou and their relationship. It’s a beautiful essay.

Here’s some of what Ms. Anderson wrote:

As it turned out, Lou and I didn’t live far from each other in New York, and after the festival Lou suggested getting together. I think he liked it when I said, “Yes! Absolutely! I’m on tour, but when I get back – let’s see, about four months from now – let’s definitely get together.” This went on for a while, and finally he asked if I wanted to go to the Audio Engineering Society Convention. I said I was going anyway and would meet him in Microphones. The AES Convention is the greatest and biggest place to geek out on new equipment, and we spent a happy afternoon looking at amps and cables and shop-talking electronics. I had no idea this was meant to be a date, but when we went for coffee after that, he said, “Would you like to see a movie?” Sure. “And then after that, dinner?” OK. “And then we can take a walk?” “Um . . .” From then on we were never really apart.

Lou and I played music together, became best friends and then soul mates, traveled, listened to and criticized each other’s work, studied things together (butterfly hunting, meditation, kayaking). We made up ridiculous jokes; stopped smoking 20 times; fought; learned to hold our breath underwater; went to Africa; sang opera in elevators; made friends with unlikely people; followed each other on tour when we could; got a sweet piano-playing dog; shared a house that was separate from our own places; protected and loved each other. We were always seeing a lot of art and music and plays and shows, and I watched as he loved and appreciated other artists and musicians. He was always so generous. He knew how hard it was to do. We loved our life in the West Village and our friends; and in all, we did the best we could do.

Like many couples, we each constructed ways to be – strategies, and sometimes compromises, that would enable us to be part of a pair. Sometimes we lost a bit more than we were able to give, or gave up way too much, or felt abandoned. Sometimes we got really angry. But even when I was mad, I was never bored. We learned to forgive each other. And somehow, for 21 years, we tangled our minds and hearts together.

For the entire essay, head to Rolling Stone.

In a beautiful tribute to Lou Reed, Patti Smith wrote in the current issue of New Yorker:

I met Lou at Max’s Kansas City in 1970. The Velvet Underground played two sets a night for several weeks that summer. The critic and scholar Donald Lyons was shocked that I had never seen them, and he escorted me upstairs for the second set of their first night. I loved to dance, and you could dance for hours to the music of the Velvet Underground. A dissonant surf doo-wop drone allowing you to move very fast or very slow. It was my late and revelatory introduction to “Sister Ray.”

Within a few years, in that same room upstairs at Max’s, Lenny Kaye, Richard Sohl, and I presented our own land of a thousand dances. Lou would often stop by to see what we were up to. A complicated man, he encouraged our efforts, then turned and provoked me like a Machiavellian schoolboy. I would try to steer clear of him, but, catlike, he would suddenly reappear, and disarm me with some Delmore Schwartz line about love or courage. I didn’t understand his erratic behavior or the intensity of his moods, which shifted, like his speech patterns, from speedy to laconic. But I understood his devotion to poetry and the transporting quality of his performances. He had black eyes, black T-shirt, pale skin. He was curious, sometimes suspicious, a voracious reader, and a sonic explorer. An obscure guitar pedal was for him another kind of poem. He was our connection to the infamous air of the Factory. He had made Edie Sedgwick dance. Andy Warhol whispered in his ear. Lou brought the sensibilities of art and literature into his music. He was our generation’s New York poet, championing its misfits as Whitman had championed its workingman and Lorca its persecuted.

For more head to the New Yorker.

Patti Smith spoke about Lou Reed and the Velvet Underground in an interview with the Associated Press today (October 28, 2013).

“I was so taken with their [the Velvet Underground] music. I made it my business to study him. His process completely spoke to me, the process of merging poetry with these surf rhythms, this pulsing loop. You could get into a trance listening to 12 minutes of Sister Ray.”

Smith said Reed brought “the sensibility of art and literature” to rock music. Smith and Reed often spoke about poetry, and such poets as Hart Crane or Walt Whitman or Federico Garcia Lorca.

Smith said that “Pale Blue Eyes,” a song she often performed at the beginning of her career, is a favorite, and that it reminds her of her late husband, Fred “Sonic” Smith.

“I never fail to think of him and his gaze when I’m singing that or hear that song. Lou had a gift of taking very simple lines, ‘Linger on, your pale blue eyes,’ and make it so they magnify on their own. That song has always haunted me.”

For the whole story go here.