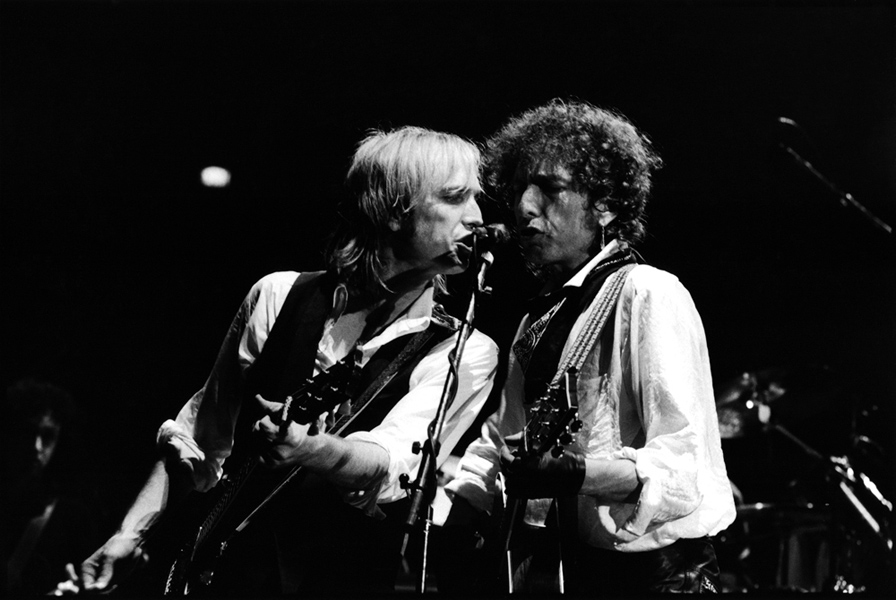 Bob Dylan toured with Tom Petty and the Heartbreakers during 1986. Here are some of their performances at different venues.

Plus their entire show at The Forum in Inglewood, Califoronia, August 3, 1986.

“Most Likely You Go Your Way (And I’ll Go Mine”:

“House Of The Rising Sun”:

Plus entire 1986 Inglewood Forum show with Tom Petty and the Heartbreakers: Meanwhile here’s the first track that’s been released off it, “American Dream Plan B.”