“The Times They Are A-Changing ‘”: 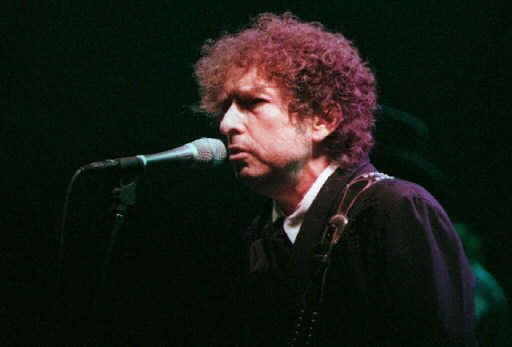 If you missed my previous post with songs from this show and another one, head here.

“The Times They Are A-Changin'”:

“Never Gonna Be The Same Again”:

Four years ago, Bob Dylan and his band performed “The Times They Are A-Changin'” at the White House as part of “In Performance at the White House, A Celebration of Music from the Civil Rights Movement” held in recognition of Black History Month.

WASHINGTON — Half a dozen legislators sat a few feet away, under the crystal chandeliers of the East Room of the White House, as Bob Dylan sang “The Times They Are A-Changin’,” poker-faced.

“Come senators, congressman, please heed the call,” he rasped. “Don’t stand in the doorway, don’t block up the hall.” His tone was rough but almost wistful; he had turned his old exhortation into an autumnal waltz. Afterward, he stepped offstage and shook President Obama’s hand.

It was part of “In Performance at the White House: A Celebration of Music from the Civil Rights Movement.” The program was the Black History Month event in Michelle Obama’s continuing music series at the White House, and will be broadcast Thursday night on PBS.

It was not lost on anyone that Mr. Obama is America’s first African-American president. “The civil rights movement was a movement sustained by music,” Mr. Obama said in opening remarks. The music, he said, “was inspired by the movement and gave strength in return.”

Mr. Dylan shared the bill, though not the stage, with fellow musicians who regularly sang at civil-rights rallies in the early 1960s — Joan Baez, and Bernice Johnson Reagon with the Freedom Singers — and a cross-generational gathering of performers: Smokey Robinson, Jennifer Hudson, John Mellencamp, Yolanda Adams, Natalie Cole, the Blind Boys of Alabama and the Howard University Choir.

Read the rest of the story here.

Check Bob Dylan’s performance of “The Times They Are A-Changin'”: