My kind of Christmas music.

SIDE A: 99 Problems – Written by Jay-Z, Performed by Pearl Jam with Jay-Z (9/2/2012 Philadelphia, Benjamin Franklin Parkway, Made In America Festival)
SIDE B: Shattered – Written by Rolling Stones, Performed by Eddie Vedder with Jeanne Tripplehorn (9/15/2013 Private Location, Malibu, CA, EBMRF Benefit with Ed Vedder)

Between Two Ferns with Zach Galifianakis: Happy Holidays Edition from Funny Or Die 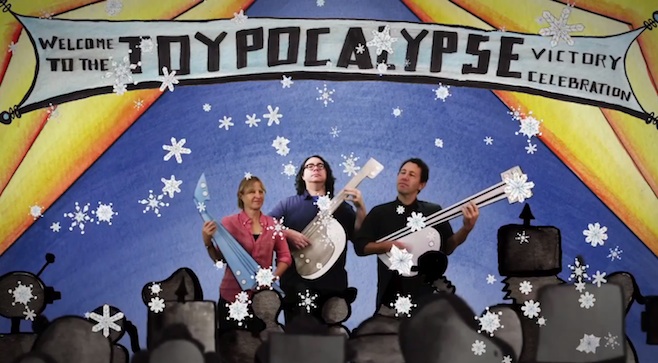