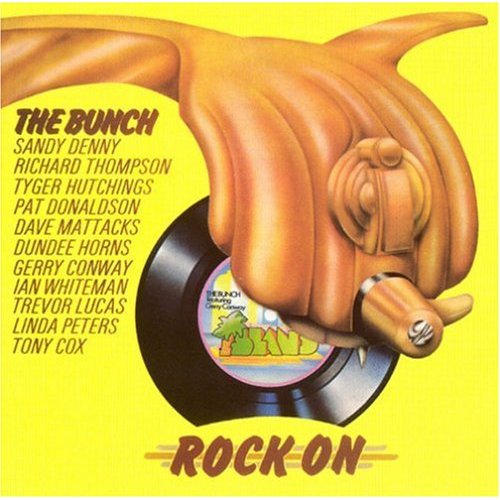 This is a very beautiful rendition of the Everly Brothers’ “When Will I Be Loved” sung by Sandy Denny and Linda Peters (who would become Linda Thompson).

It appeared on an album by The Bunch called Rock On.

Wikipedia’s entry on The Nunch:

Rock On is a 1972 one-off album of oldies covers by the Bunch, a group of English folk rock singers and musicians. The Bunch got together in late 1971 to record their one and only album, Rock On. This album consisted of covers of the band’s favourite songs by Elvis Presley, Buddy Holly, and The Everly Brothers, among others.

Among the Bunch were members of Fairport Convention and others, including Sandy Denny, Richard Thompson, Linda Thompson (credited as Linda Peters), Pat Donaldson, Ashley Hutchings, Gerry Conway, and Dave Mattacks.

— A Days of the Crazy-Wild blog post: sounds, visuals and/or news –-